The Government House in the town centre

One of the so-called Kapodistrian buildings of Aegina, the Government House, is located in the centre of the town of Aegina, next to the Cathedral (Mitropolis) and very close to the Markelos Tower.

A simple, stone, two-storey building with a wooden roof which was built in 1803 and originally belonged to the Aeginetan Archimandrite Grigorios Moiras. In 1827 it was renovated to serve as home for Ioannis Kapodistrias and offices for government and public matters of the Modern Greek state from 1828 to 1829. The ground floor housed the public services and the first floor with two main rooms (one bedroom and one office) was the house of the Governor.

After Kapodistrias left for Nafplio, the Government Building became an asylum for the refugees of the Cretan Revolt, then a girls’ primary school, an archeological museum, a high school and barracks during the German occupation. Today the building has been turned into a museum where the historical archive of Aegina is exhibited.

When you leave the centre of the town of Aegina heading east, you will encounter a large, impressive and characteristic building which was once the Orphanage of Aegina.

The Orphanage was the first Greek public building built by order of Governor Ioannis Kapodistrias to host the approximately 600 children orphaned during the 1821 War of Independence, who had been brought to the island for their safety, offering them housing, food and education.

It was built with stones from the ancient walls of Aegina

How the building has been utilised over the years

The building, apart from serving as orphanage, housed, among other things, mutual teaching schools, vocational arts workshops, the National Library, the National Archaeological Museum, the Military Academy, the National Printing Office and the National Conservatory. Later, from 1880 and for about a century, prisons for criminal and political prisoners operated in that building. The last use of the building concerned the housing for a few years of the Hellenic Wildlife Rescue Centre (ΕΚPΑΖ) of Aegina which now has its own facilities in the central island (Metochi).

Today this legendary building is under the auspices of the Ministry of Culture in order to be restored and used as the intertemporal Museum of History and Culture of Aegina.

The 1,500 books collected by Kapodistrias from abroad for the education of children were the reason for the creation of the first Greek library and are now in the National Library that houses the Stavros Niarchos Foundation in Athens.

One of the most famous Kapodistrian buildings of Aegina and the first neoclassical of the Modern Greek state is the Eynardeio (Central) School.

The School was founded at a time when it was considered that for the progress of Aegina as a capital it was necessary to create the educational structures for its citizens through certified teachers. Thus, in 1830, with a donation from the Swiss banker and philhellene Jean-Gabriel Eynard, a friend of the Governor, the Eynardeio School was built by the architects S. Cleanthis and E. Schaubert.

In this building, located next to the Cathedral (Mitropolis) of Aegina, there was a school that offered three-month training to future teachers and an experimental mutual teaching school. It was the first higher education institution in independent Greece with renowned scholars headed by Georgios Gennadios.

After the end of its operation as a school, the building housed the National Library, the old School and the Archaeological Museum of Aegina (1926 - 1982). Since the museum was moved to a new building, it has been basically abandoned but kept in good condition.

The Public Library of Aegina boasting over 25,000 titles

All the way down to the Cathedral (Mitropolis) of Aegina, next to the Government Building, you will find the Public Library of Aegina (stone building of 1948).

The Library has more than 25,000 titles and 6 computers available, and admission is free!

An observatory for the Venetians

The Tower of Markellοs dates from the 17th century, as it is considered to be part of the fortifications that protected the harbor and used by the Venetians as a watchtower. In 1802 the tower was renovated by Aeginean revolutionary and later M.P. Spiridon Markellos from whom it takes its name. During the revolution of 1821, the Tower of Markellos hosted Greek freedom-fighters and politicians (such as G. Koundouriotis, I. Kolletis, N. Mexis, K. Favieros etc.). From 1826 onwards, it hosted the Temporary Government, the Deputy Commitee (1827), the National Fund and the Government House, while during the Kapodistrias’ administration it hosted various ministers.

Today the Tower of Markellos belongs to the municipality of Aegina and houses the Kapodistrian Cultural Center of the Municipality and the Center for Social Reflection “Spiros Alexiou”. On the ground floor occasional exhibitions take place and cultural events during which it is open to the public. 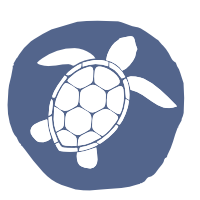